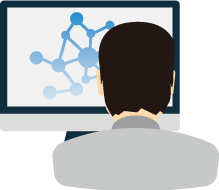 MBL has antigen design technologies for immunogenicity enhancement of target antigens in mice through biologically modifying purified proteins prepared for immunization. With these technologies, it is possible to dramatically increase the antibody titers of certain weakly immunogenic antigens. When immunized antigens are peptides, MBL’s proprietary peptide (sequence) design system can identify and select a sequence for immunization whereby the immunization success rate should be sufficiently high. In addition, MBL has introduced MODELAGON™ (AI-assisted epitope analysis system), developed by MTI Ltd., which is capable of designing peptides based on a different principle. With these two systems, MBL is now equipped to provide efficient design services for immunogenic peptides that can induce substantially high antibody titers. A 3D modeling function was incorporated into the systems for accurate selection of functional epitopes.

MBL has obtained ISO13485 certification. The company manufactures products of recombinant and native proteins prepared with expression systems for Escherichia coli, insect cells, animal cells, etc. These techniques are applied in the preparation of proteins for use as immunogens, depending on the purpose of use and the properties of target molecules. Extensive experience and know-how obtained and accumulated through the preparation of immunogens are fed back into the development and manufacture of product components to promote further technological improvements throughout the company. 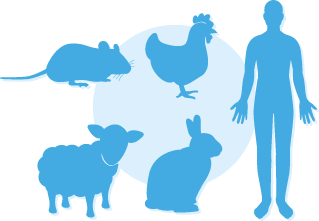 Antibody production in live animals utilizes the animal’s immune function. It may occur that host cell proteins involved in immune system response, so-called self-antigens, interfere with the immune response due to immune tolerance and the antibody titer does not increase or increases only slightly. MBL can develop monoclonal antibodies in eight species of animals, including bird species, and animals selected as most suitable for antibody production depending on the homology of target molecules and the purpose of antibody use.

In 2004, ‘Nature Biotechnologies’ reported artificial lymph nodes, then MBL had introduced this technology. This technology offers the advantage of increasing antibody titers in the blood of treated mice by 10 to 100 times higher than that in normal mice. MBL utilizes this technology for preparing mice, in which diverse and high affinity antibodies against highly specific (hence difficult to prepare) target molecules are induced. 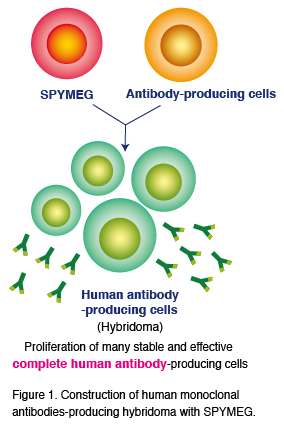 MBL succeeded in developing a novel human lymphocyte fusion partner cell line, SPYMEG. Use of SPYMEG enables acquisition of native, fully human monoclonal antibodies from human blood. Although there are several technologies reported as being feasible for the acquisition of fully human antibodies, SPYMEG is the only technology that is applicable to the hybridoma method. Since individual monoclonal antibodies are separately obtained from human cells using SPYMEG technology, the antibodies thus obtained are native antibodies that retain their functions intact in the human body. The antibodies obtained can be also used for the elucidation of mechanisms of various intractable diseases. Since the antibodies are free of artificial configurations, they are expected to be used as therapeutic drugs with minimal adverse effects if successfully developed.
The SPYMEG technology is particularly efficient in acquiring neutralizing antibodies against infectious diseases, in which antibody titers tend to increase significantly. Three antibodies isolated using this technology are licensed out to CNBG.

The magnetic-beads reaction employing the arrayed hanging-droplets method (MAGrahd method) is a basic technology for the isolation of antigen-specific antibody genes developed at the University of Toyama. In 2017, MBL acquired a use-license of the MAGrahd method from the university for use in the development and production of innovative products. A new antibody isolation system based on the MAGrahd method is the world’s fastest system for isolating and identifying target antibodies (in only five days) using gene recombination technology. 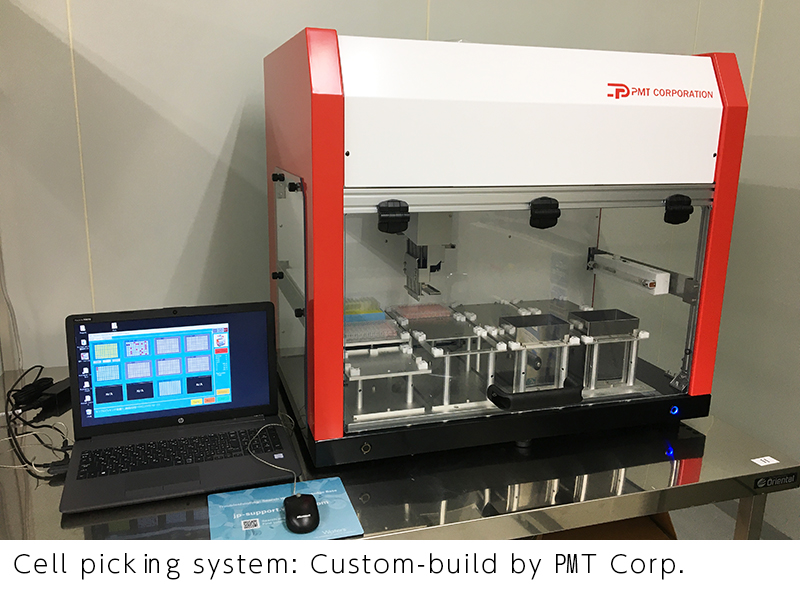 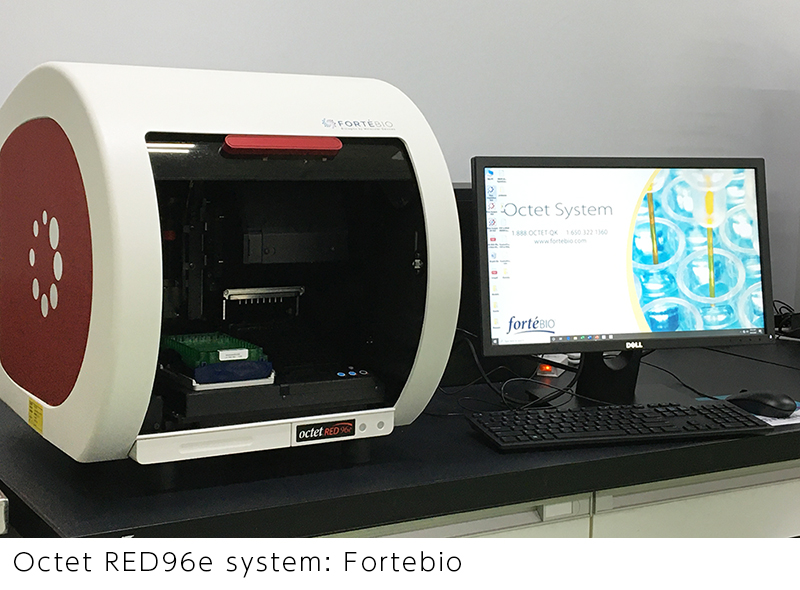 MBL has technologies for efficient screening of target antibodies, comprising various hybrid systems such as affinity analysis, flow cytometry to examine cell binding, immunostaining, and cell-based assay, besides basic techniques such as ELISA, Western blot, and immunoprecipitation. MBL is also capable of performing multi-faceted analysis within the JSR group for selection of the most suitable antibodies for various measurement systems. Cell picking system: Custom-build by PMT Corp.

For inquiries about our antibody technologies

Three strengthsMedium- to long-term vision
What are antibodies?