The cyclic discovery of RBPs and their targets is described by the Ribonomic Discovery Cycle. RiboCluster Profiler™ offers multiple entering points for customers who have gene of interest, RBP of interest or tissue and disease of interest. Starting at the top and moving clockwise: When the customers are interested in specific disease or tissue, he/she can identify disease specific or tissue specific RBPs by using RiboChip. Following the RiboChip, RNP Immunoprecipitation (RIP) will be performed by RIP-Certified Antibody to isolate mRNAs from RNP complex. MBL offers RIP-Assay Kit (RN1001), RIP-Assay Kit for microRNA (RN1005) and RIP-Certified Antibodies for RNP Immunoprecipitation. Isolated mRNAs, miRNAs and ncRNAs are analyzed by microarray, sequencing or RT-PCR. The RIP-Assay data provides customers with valuable information that cannot be obtained by a conventional gene expression analysis. 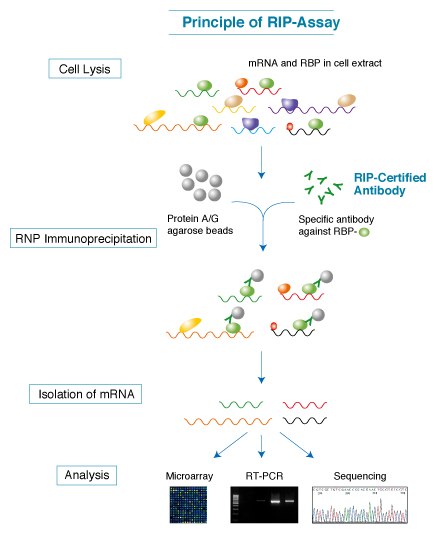 MBL has developed and marketed the RIP-Assay Kit, which enables customers to immunoprecipitate the mRNA-RBP complexes with RBP specific antibodies. The RIP-Certified Antibodies against a large variety of RBPs are also available from MBL.

RIP-Chip works on the same principle as the widely used ChIP-Chip. It immunoprecipitates the ribonucleoprotein (RNP) from the cell extracts using an antibody raised against the RBP of interest. This simple procedure is then followed by microarray analysis. While microarrays determine the sequences of the RNA targets by hybridization, direct sequencing approaches (RIP-Seq) can also be used to reveal RNA targets of RBPs.

RIP-Chip or RIP-Seq data provides insights into new cellular pathway components leading to potential therapeutic targets and can also provide informations regarding the effects of drugs on post-transcriptional processes. This technology can be applied to essentially any cellular system or animal model. 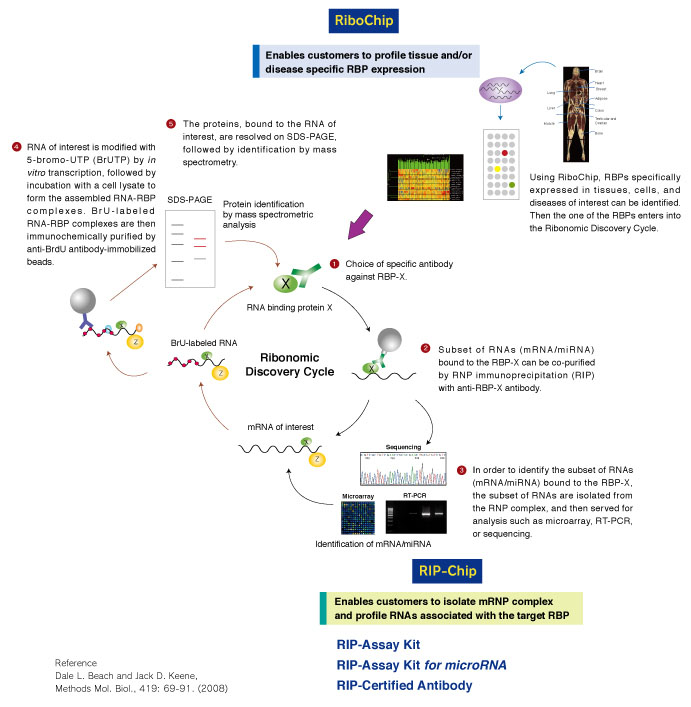 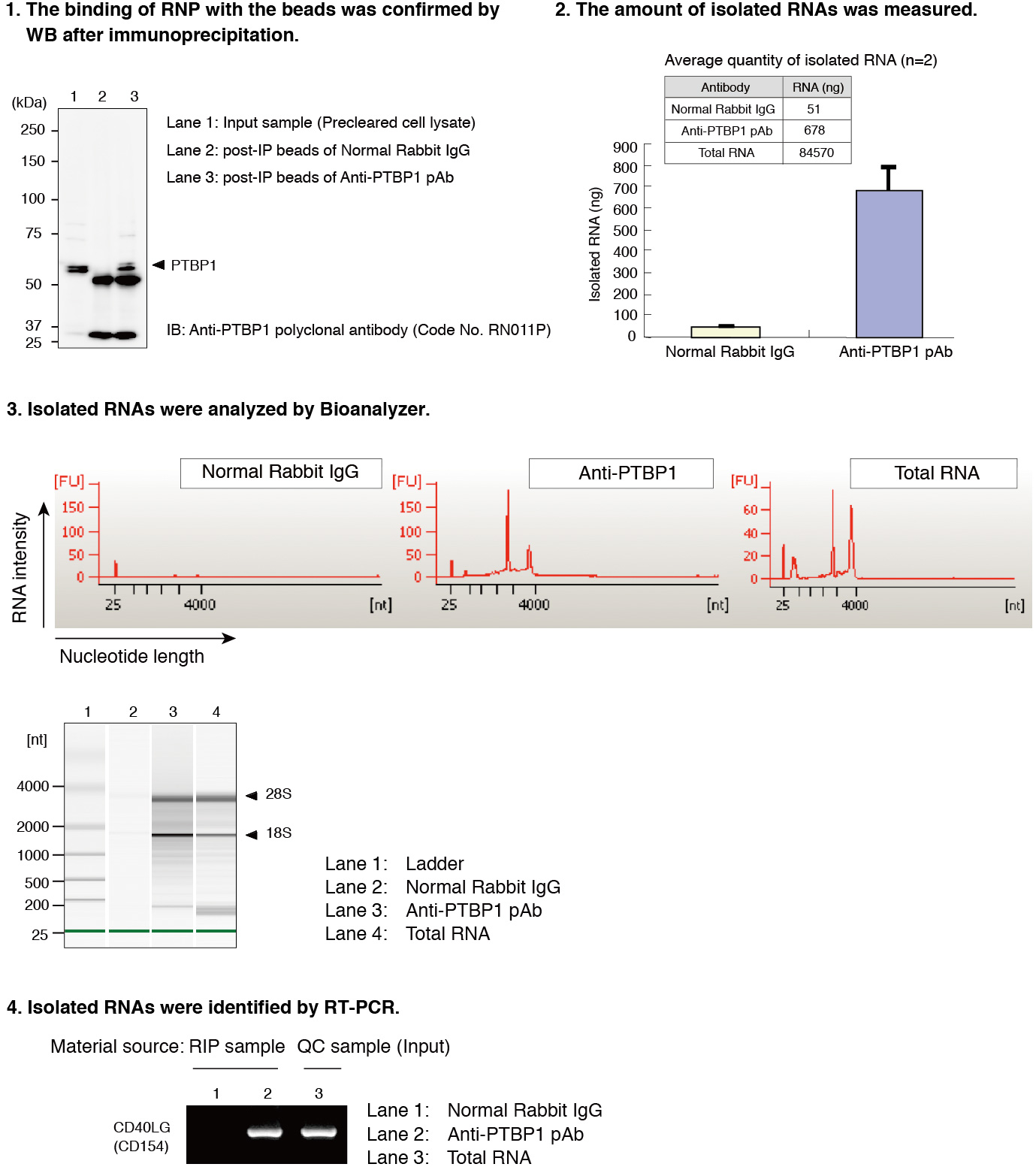 After the isolation of RNAs that bound with PTBP1 in Jurkat cells by using RIP-Assay Kit, the RNAs were identified by RT-PCR. CD40LG was detected at a significant level in the sample precipitated by anti-PTBP1 antibody rather than by control IgG. CD40LG has been reported to be target of PTBP1. Thus this data indicated the ability of RIP-Assay Kit for profiling the target mRNAs of RNP complex.

If you are interested in miRNA analysis, learn about RIP-Assay Kit for microRNA