BRIC Kit is designed to analyze stability/half-life of mRNA and non-coding RNA (ncRNA). This kit is also useful to identify novel ncRNA and transcripts based on their half-lives.

In combination with RT-qPCR, deep sequencing or microarray, BRIC Kit allows identification of novel ncRNA and transcripts as well as analysis of RNA stability/half-life. 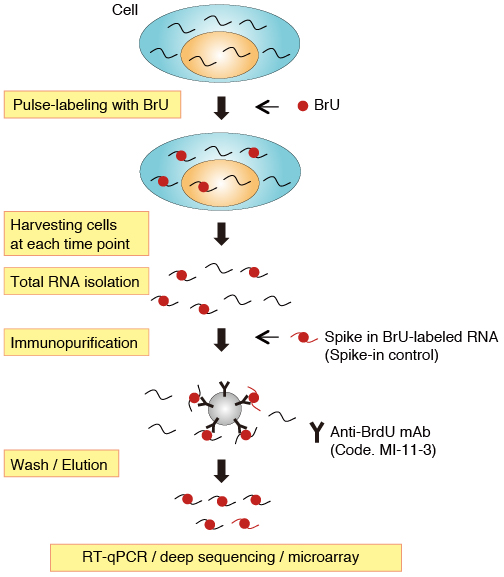 In the BRIC protocol, cells are pulse-labeled with BrU for constant period and washed with PBS to remove the BrU-containing medium, and then cells are chronologically harvested, followed by preparation of total RNA including newly BrU-labeled RNA. The BrU-labeled RNA can be specifically immunoprecipitated with Anti-BrdU mAb provided by MBL, followed by isolation of BrU-labeled RNA from immunocomplex on carrier material, such as protein G magnetic beads. The isolated BrU-labeled RNA can be analyzed to determine its own stability and half-life by various methods in molecular biology – RT-qPCR, deep sequencing or microarray. 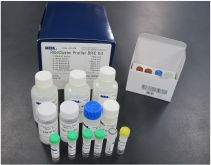 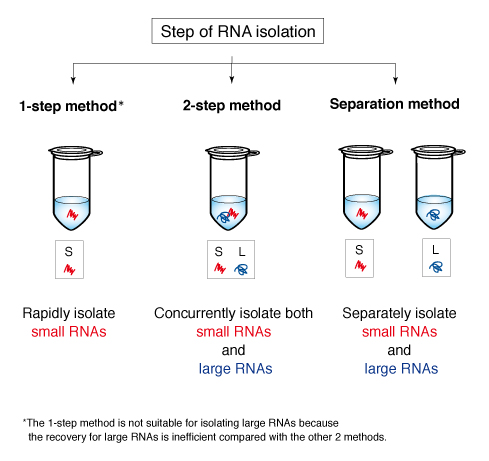 HeLa, K562, 293T, HT29, Jurkat, HEK293 and T-47D cells were pulse-labeled with 150 µM BrU for 24 hours. Then, the cells were washed and harvested at chase time 0 and 24 hours. After RNA extraction, BrU-labeled RNA was isolated by BRIC Kit. The isolated BrU-labeled RNAs were analyzed by RT-qPCR. The RNAs derived from housekeeping genes such as 18S rRNA and ACTB were stable in most of cell lines, while HIF-1α and ADM were unstable. The labeling efficiency was low in Jurkat, HEK293 and T-47D cells, which indicates labeling efficiency varies depending on the cell lines.

Measurement of half-life of target RNA by RT-qPCR 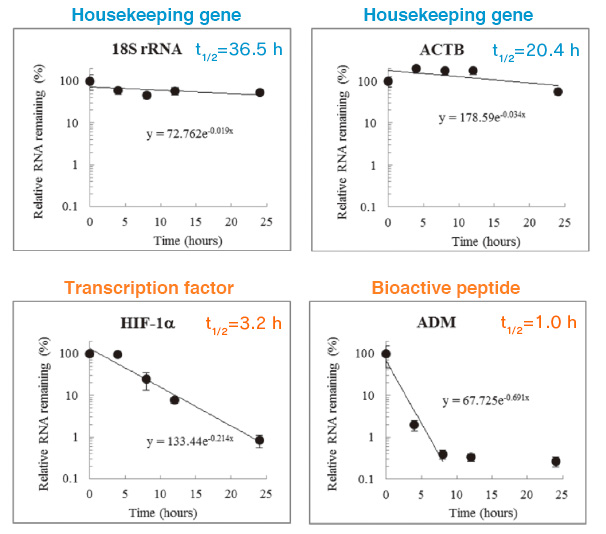 HeLa cells were pulse-labeled with 150 µM BrU for 24 hours. Then, cells were washed and harvested at chase time 0, 4, 8, 12 and 24 hours. After RNA extraction, BrU-labeled RNA was isolated by BRIC Kit. Isolated BrU-labeled RNA was analyzed by RT-qPCR.
As expected, the transcripts derived from housekeeping genes, such as 18S rRNA and ACTB, showed relatively long half-lives, while HIF-1α and ADM* showed much shorter half-lives.
*ADM gene encodes a potent hypotensive peptide which plays important roles in both normal and disease conditions.